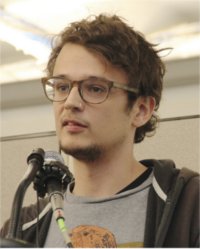 While the Democratic National Convention was unfolding in Charlotte, N.C., during the March on Wall Street South mobilization the Southern Workers Assembly held its inaugural meeting. The SWA brings together unions and worker organizations from throughout the U.S. South to report on the struggles being waged, develop an analysis of the tasks for this period and carry out a collective program for action.

This is a much needed development in the South, home to some of the most severe, anti-labor, right-to-work laws on the books, and which was built on a foundation of racism and national oppression. This part of the country has become a testing ground for some of the most reactionary laws, promoted by right-wing ideologues Art Pope, the Koch Brothers and others.

A lot has happened since the founding of the SWA. The “Moral Monday and Forward Together” movement has built a broad united front to wage a fightback against the reactionary, Tea Party-controlled North Carolina Legislature. That Legislature has been waging an all-out war on the people of North Carolina.

With the “Forward Together” movement and the “Assembly” movement comes a recognition — especially in light of this major right-wing offensive — that no sector can survive on its own, and that the entire united front must be advanced together.

The SWA has participated extensively in the expanding “Forward Together” movement. Over the last year, the SWA held workplace speakouts in the North Carolina cities of Butner, Raleigh and Goldsboro; held a North Carolina workers’ assembly that brought representatives of the major worker struggles in the state; and is building local workers’ assemblies in Charlotte, Raleigh and Goldsboro.

In the last year, the SWA also participated in many important solidarity actions. This includes building support for the International Longshoreman’s Association when there was a potential for an East Coast portwide shutdown. And it includes working with comrades from BAYAN on the “Justice for Grand Isle Shipyard Filipino Workers” campaign in Louisiana.

On Nov. 4., teachers from across the state held “walk-in” actions and rallies at schools to challenge the continued state budget cuts to public education and privatization schemes that recently cleared the state Legislature. This was a broad, mass action. Some 150 people demonstrated on that day of action in Transylvania County, a small rural community in the North Carolina mountains.

The SWA has been moving forward a major campaign coming out of its September assembly — the workplace democracy campaign. This initiative will translate the fightback spirit of the “Forward Together” movement into the workplace, in order to develop consciousness and organization — and to challenge injustice and the attacks on democratic rights.

The struggle against the right wing’s attacks cannot be confined solely to the state capital, but must be seen as a struggle that can be taken up every day, by workers on their jobs and in their communities. Building a democratic rank-and-file movement of workers is an important component in challenging the consolidation of power by the right wing, the banks and corporations — and the politicians who represent them.

This campaign is developing a fightback program that can challenge the Jim Crow Era ban on collective bargaining for public workers, the proposed right- to-work constitutional amendments and other attacks.

Hopefully, the SWA and the experiences in Baltimore and elsewhere can serve as examples to expand the “Assembly” movement, develop more organization among our class and yield more victories in the coming period.

All power to the people!