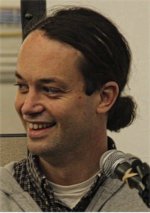 Talk given at WWP conference by Peter Gilbert.

When poverty and competition for jobs are intensified during a capitalist economic crisis, one common result is the rise of an extreme right-wing faction in the ruling class.

In the U.S., this phenomenon is seen in the far-right Tea Party faction of the Republican Party. In collaboration with certain key corporations, this faction has taken complete control of the state apparatus in North Carolina.

In 2011, the far-right took control of the state Legislature — the first Republican legislature in North Carolina since Reconstruction. They attempted to pass a number of reactionary measures, including stripping teachers of dues deduction, repealing the Racial Justice Act, a racist voter ID bill, and a bill that would allow hydraulic fracking for natural gas.

Popular pressure forced the former Democratic governor to veto these measures, but that was only a temporary victory. In addition, the Legislature redrew all of the voting districts along racial lines to minimize the voting power of African Americans and secure right-wing control of the state government for the future.

In 2012, the far-right elected Gov. Pat McCrory, a former executive with the North Carolina-based Duke Energy, the largest U.S. utility. The same election saw the passage of Amendment One, which made same-sex marriage unconstitutional in North Carolina.

With McCrory in office, the right-wing takeover was complete. All of the bills that had been vetoed were quickly passed and signed, along with closing abortion clinics, massive cuts to public education, eliminating tenure for teachers, cutting unemployment support to 170,000 North Carolina workers, rejecting federal funding for Medicaid for 500,000 people, and changes to the income tax system that will benefit the rich on the backs of poor and working people.

North Carolina once had a better public education system than many Southern states, and some minimal social welfare programs and some degree of environmental protections. Many of these had been hard won through decades of struggle — so why were they so easily taken away?

Before I answer that question, I want to turn to the dramatic and historic fightback this year — mostly in the form of the Moral Monday movement led by the state NAACP. The first Moral Monday in April led to 17 arrests at the General Assembly, with about 50 protesters. Over the following months, this grew to almost 1,000 arrests and tens of thousands demonstrating at the General Assembly. Thousands more have attended Moral Monday demonstrations around the state.

In thinking about Moral Mondays, I was reminded of Lenin’s “Lecture on the 1905 Revolution,” where he describes the Bloody Sunday demonstration of January 1905 led by a priest, with a minimum program of “amnesty, civil liberties, fair wages, gradual transfer of the land to the people, [and] convocation of a constituent assembly on the basis of universal and equal suffrage.” These demands and even the religious character of the leadership closely match the Moral Monday demonstrations.

Lenin notes that these demands are similar to the reformist demands of “social pacifists” or opportunists who try to “divert the people from the revolutionary struggle,” but he does not criticize them in this context because they show that “the uneducated workers in pre-revolutionary Russia proved by their deeds that they were straightforward people awakened to political consciousness for the first time.”

Similarly in North Carolina, the Durham branch committed all of our energy to enthusiastic support of Moral Mondays because thousands of workers are awakening to political consciousness for the first time through the Moral Monday movement and out of the depths of the oppression of the working class.

I do not mean to suggest at all that we are in an analogous period in North Carolina like pre-revolutionary Russia. Lenin, in describing 1905, goes on to talk about the large number and importance of strikes among the newly developed working class. What we most desperately need in North Carolina is a strong independent labor movement led by the most oppressed workers.

To return to my earlier question, the right wing was able to sweep away decades of progressive reforms in North Carolina in a matter of months because we are still the least unionized state; the state with the worst labor laws, not just right to work, but also the Jim Crow Era ban on collective bargaining for public employees.

We lack a strong labor movement. The right wing’s worst attacks have fallen on teachers and public sector workers.

In Russia, the newly awakened conscious grouping was directed into mass strikes. In North Carolina, it remains to be seen what we can do with this energy. The NAACP leadership has so far kept the energy from being diverted into the Democratic Party. Much of the energy has been diverted into the court challenges to these laws.

Our role is and must continue to be to build the labor movement in the South by helping to build the Southern Workers Assembly and deepening our solidarity with all of its members — UE 150, the N.C. Public Service Workers Union, the Farm Labor Organizing Committee, the United Food and Commercial Workers local at the Smithfield plant, and the teachers.