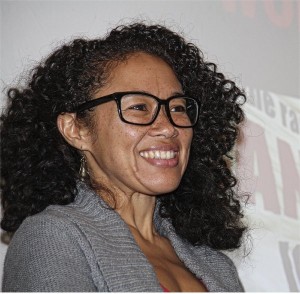 From a WWP Conference talk by LeiLani Dowell.

This week a delegation will travel to Honduras to show our solidarity with the resistance there during the country’s national elections. This will be the third time the International Action Center has sent a delegation to Honduras. The first was in October 2009, when democratically elected President Mel Zelaya was overthrown in a U.S.-supported coup. We were able to witness with our own eyes a burgeoning and exciting resistance movement incorporating all sectors of Honduras’s working class.

That movement has continued to grow, organized under the umbrella National Popular Resistance Front — FNRP in Spanish. They have created the Libertad y Refundación party, also known as LIBRE, and their candidate, Xiomara Castro de Zelaya, has a narrow lead in the polls over the ruling National Party candidate.

Castro de Zelaya is the spouse of Mel Zelaya, and if elected will be the fourth woman president of a Central American country, and the first for Honduras. She vows to hold a National Constituent Assembly to include all sectors of Honduran society in rewriting the country’s Constitution — the goal that Mel Zelaya attempted before being ousted by right-wing forces – and in demilitarizing the country.

As the movement in Honduras has grown, however, so has repression. Porfirio Lobo was “elected” in 2009 — “elected” in quotes because no country in the Western Hemisphere, except the U.S., said the elections following the coup were in any way legitimate. Since then, Hondurans have faced a number of repressive measures: from the kidnapping, torture and assassination of resistance activists and leaders, journalists, lesbian-gay-bi-trans-queer people and lawyers; to death squad, “social-cleansing” killing operations, committed by the Honduran police forces; to the imprisonment of resistance leaders under frame-up, bogus charges.

Since the coup, at least 104 campesinos have been assassinated, as well as six LIBRE officers and candidates. Five LGBTQ people were assassinated in August alone. The same forces who carried out the coup now occupy top positions in the military and government.

Meanwhile, the Center for Economic and Policy Research reports that the economic and social progress that occurred during Mel Zelaya’s tenure has largely been reversed. While extreme poverty decreased under Zelaya, it has increased by 26 percent under Lobo. The number of workers making minimum wage has increased from 29 percent to 45 percent.

For its part, the U.S. has increased its funding for the Honduran police and military every year since 2010 — to at least $95 million in 2012. The U.S. is heavily funding the election process in Honduras this year, and while 12 U.S. senators have sent a letter to Secretary of State John Kerry urging him to ensure that the elections are free and fair, the U.S. track record with Central American elections should give everyone pause.

Yet the resistance continues, as it always will anywhere a people are continually and ruthlessly oppressed. Campesinos and indigenous people — often led by women — continue to occupy lands stolen from them by multinational corporations and conglomerates. The FNRP continues to garner support on the streets — even in the face of a newly formed military police force, with some 5,000 officers roaming the streets in black face masks.

We are proud to be participating in this third delegation to Honduras: to monitor the elections, to meet with indigenous and campesino groups, and to report back through the pages of our newspaper and other avenues. We recognize the importance of the struggle in Honduras — the momentum of the resistance that is inspiring Central and Latin America. The resistance has already won a victory by the very fact of its continued existence. But the victory of Xiomara Castro de Zelaya will strike a blow to the U.S. model of dealing with Latin American countries through coups when opposition to imperialist neoliberalism and privatization flares up.

Castro de Zelaya has called for “democratic socialism” in Honduras, and it is of utmost importance that we pay close attention and provide support and solidarity to the people of Honduras.