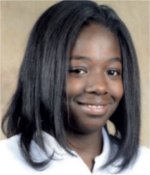 In honor of Laporshia Massey, nearly 150 people gathered on Oct. 17 for a silent candlelight vigil hosted by school nurses at the headquarters of the School District of Philadelphia. Massey, who was a 12-year-old sixth grader at Bryant Elementary School in West Philadelphia, died on Sept. 25 after having breathing problems caused by asthma. Because of staffing cuts, there was no nurse at the elementary school that day, so a school staff person drove Massey home. Laporshia’s father, Daniel Burch, immediately took her to the hospital, where she died later that day. Laporshia’s family believes her life would have been saved had there been a nurse on duty at her school.

The School District of Philadelphia has cut over 3,000 staff positions since the last school year. In 2011, the district had 289 nurses. This year there are 179 nurses for its 150,000 students. Bryant Elementary School, Laporshia’s school, only has a school nurse on duty two days a week. 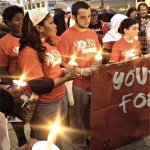 Pennsylvania Gov. Tom Corbett, who has cut funding for Philadelphia schools by over $1 billion in three years, released $45 million to the schools on Oct 16, only after the district eliminated seniority as the basis for rehiring laid-off staff. Sadly, none of that money will go to rehire any nurses.