Workers World spoke with Dolores Piper, maternal great-aunt of Derrick Gaines, a Black youth who was killed by a South San Francisco police officer when he was only 15 years old. She and her husband had raised Derrick from the time he was 1-and-a-half years old. 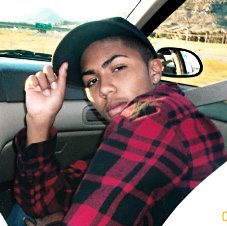 Dolores Piper recounted: “On June 5, 2012, in South San Francisco, school had just gotten out for the summer. It was 8:30 at night. Derrick Gaines was 15 years old, hanging out with friends. They had been to McDonald’s. He called me for a ride, but I wasn’t home. They first went to the bus station, but when no bus came, they wandered back towards McDonald’s and an Arco station. A police car was watching them, making Derrick look over. The cop swooped into the Arco station, [which was] full of people, and asked the young men why they were there.

“Derrick backed off and started to run. The police officer, Joshua Cabillo, hit Derrick on the head with his gun; then they struggled on the ground. Derrick was carrying an old gun, which didn’t have a firing pin. It was an old collector-type gun, and not visible inside his clothing. It skidded out to the side, after he had been knocked down. Then the cop pointed the gun to [Gaines’s] throat and shot him point blank. Witnesses say [Gaines’s] gun wasn’t near enough to have been a threat.” Piper says that Gaines had been writing rap songs, and she believes the gun may have been a prop.

“Derrick never had a chance,” Piper said. “He was a small young man, 5 feet 5 inches, 135 pounds, not a threatening stature.” She described how “a gentleman who was trained in CPR offered to help, but Cabillo refused to allow it, attempting CPR himself instead. Derrick was taken to San Francisco General hospital, where they went to great lengths to save him. They found a wound in his neck and his lower back.”

Implying that racial profiling was the only reason they were stopped in the first place, Piper stated, “The family wants people to understand that they don’t condone the risky behavior, by carrying a useless weapon, but the crux of the issue is that those boys were bothered at all.”

Gaines’s eighth grade social studies teacher wrote for his obituary: “Derrick would ask the most inquisitive questions in social studies class and offer thoughtful analysis of U.S. history. Derrick’s presence elevated the level of conversation in our classroom. He spoke eloquently and articulately, beyond his 13 years. I will always remember him for his intelligence, respect, kindness and humor.”

Piper said: “There was an extensive investigation, including ‘re-creation’ of the scene at the service station. The conclusion was that it was a ‘justified’ shooting. Officer Cabillo was part of a special Neighborhood Response Team [a police unit aimed at combating gang violence in the neighborhood], which swings into high gear when school is out. He has been quoted as saying that he loves foot pursuits.” Neither Gaines nor his friend was a member of any gang.

In the year following his death, the family conducted regular vigils at the gas station, with his mother, Rachel Guido, appearing at many public forums. A gathering was held at a park Gaines frequented on the one-year anniversary of his death. The family is pursuing a civil lawsuit in federal court for civil rights violation, filed by the John Burris law firm.

WW asked Piper what she hoped the outcome of a Oct. 22 statewide rally against police violence in Sacramento, Calif., would be. She responded: “Unclear, but we have to continue to bring these killings to public attention. My community was satisfied once they heard the police investigation resulted in a ‘justified shooting.’ One of his elementary teachers, who knew him well, questioned why we were continuing our vigils at the Arco station. I think a large segment of the population in this somewhat conservative community doesn’t realize how the police conduct themselves with regard to minorities.”

Piper noted: “A large number of people were severely traumatized. The Latino friend who had been with him that night had a very difficult year. Neighbors and other close friends were horrified.”

Piper concluded: “I raised him there so he would have a safe environment. It may have lulled him into a false sense of security. … A juvenile probation officer from Montana says teenagers are given a lot of slack there, because there is an understanding that they are just developing and their brains are not always as logical, and they will engage in risky behavior, making questionable choices at times. They need tolerance and guidance, and a different protocol, not harassment and violence.”