The March on Washington for Jobs and Freedom on Aug. 28, 1963, galvanized hundreds of thousands in the streets of Washington, D.C. A. Philip Randolph helped to establish the Brotherhood of Sleeping Car Porters in Harlem, N.Y., on Aug. 25, 1925. The Haitian Revolution first broke the chains of French colonialism in August 1791. August marks the Nat Turner slave rebellion of 1831 and the Watts uprising of 1965. The Philadelphia Police Department first raided the MOVE organization on Aug. 8, 1978, giving way to the unjustly imprisoned MOVE 9. August also bears the births of Fred Hampton, Marcus Garvey and Mutulu Shakur.

“Black August” is a month-long celebration that marks the remembrance of the lives of freedom fighters who gave their all for Black liberation, freedom, radical resistance and mass consciousness. The official origin of Black August was in honor of the fallen soldiers who valiantly fought to liberate Black Panther leader George Lester Jackson from the modern day slave trade we now call the U.S. penal system.

George Jackson had just completed his book “Soledad Brother,” a philosophical revolutionary classic. Jackson, however, was assassinated by San Quentin prison guards one year later on Aug. 21, 1971. His second book, “Blood in My Eye,” was published posthumously by Black Classic Press. Jackson’s legacy of resistance has inspired millions worldwide, while his literary works continue to teach even in his physical absence. This is the background in which Black August was first formed. It was deep within the belly of the California penal system that it was first embraced and formally established as a month of reverence, as a time of revolutionary celebration. 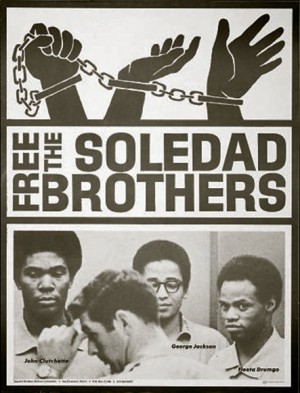 The heroic Attica prison rebellion which began on Sept. 9, 1971, and was eventually drowned in blood by Gov. Nelson Rockefeller’s stormtroopers (the state police), with the deaths of over 40 unarmed prisoners, was sparked by Jackson’s assassination.

Inmates today have continued to protest and press forward all over the United States. Hunger strikes over the past year have roused hundreds of thousands in states such as California, Georgia and North Carolina. Letter writing campaigns have served as vital lines of inspiration and direct communication. ­Human rights activists such as political prisoner Mumia Abu-Jamal have served as critical catalysts, tirelessly working to empower the voices of those who continue to be oppressed by the public and private prison industry.

Today, in the spirit of continued resistance we honor the deaths of Mark Clark, Fred Hampton and Geronimo Pratt. We honor the sacrifices and life work of political prisoners Eddie Conway, Sundiata Acoli and our freedom fighters in exile like Assata Shakur. We honor the countless victims of Cointelpro’s callous attacks upon the people. We duly recognize the destructive ills of capitalism and its disastrous effects upon the oppressed worldwide. In the age of the prison-industrial complex, school to prison pipeline and widespread police brutality, the struggle for justice and liberation is alive now more than ever.

In the 34th year of Black August, may we all take heed to the spirited words of our brother and mentor, George Lester Jackson: “Settle your quarrels, come together, understand the reality of our situation, understand that fascism is already here, that people are dying who could be saved.” (“Soledad Brother”)

Lamont Lilly is a contributing editor with the Triangle Free Press, human rights delegate with Witness for Peace and organizer with Workers World Party.