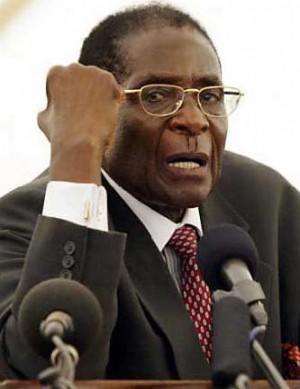 Zimbabwe held national harmonized elections on July 31 that returned President Robert Mugabe to office for his seventh term since independence in 1980. The Zimbabwe African National Union-Patriotic Front party won more than two-thirds of the seats in the National Assembly, giving the party the capacity to form its own government.

ZANU-PF had worked in a coalition government with two factions of the Western-backed opposition party, the Movement for Democratic Change, MDC-T and MDC-M. The coalition government came out of the crisis surrounding the 2008 elections, in which a dispute developed over the results of the polls.

After five years of a regionally mediated Global Political Agreement, ZANU-PF is looking forward to forming its own revolutionary government without the constraints associated with portfolios held by the MDC parties. The party ran a campaign highlighting its legacy of the land redistribution program and its efforts aimed at transferring mining and manufacturing industry operations to Africans.

The July 31 elections represented the culmination of a four-year political process that drafted and approved a new constitution. All relevant parties in the country participated in the debates and negotiations surrounding the adoption of the constitution, which was approved through a national referendum as well as resolutions within both houses of the National Assembly.

Tsvangirai, the leader of the MDC-T and former prime minister under the coalition government, cried foul even prior to the official announcement of the vote tallies. The Western-backed opposition figure has challenged President Mugabe unsuccessfully three times since 2002, claiming that his party had a program to revive the economy and improve relations with the West.

Tsvangirai blamed his loss in the elections on vote rigging by the Zimbabwe Electoral Commission, which had appointees from all major parties in the country. The MDC-T, along with the other political parties, approved the constitution, the electoral process and the terms of the new political dispensation.

The MDC-T leader was following the lead of his imperialist backers, who have failed to recognize the results of the elections. This failure by the United States, Britain, some European Union states and Australia to accept the ZANU-PF victory is contradictory, since many leading publications and think tanks based in those countries had predicted a resounding defeat of the opposition for several months.

According to another article in the Aug. 5 Zimbabwe Herald, “Southern African Development Community (SADC) facilitator Comrade Jacob Zuma, Kenyan President Mr. Uhuru Kenyatta and the Chinese government have congratulated President Mugabe and ZANU-PF on their landslide victory in the just-ended harmonized elections and urged all parties to accept the result. Comrade Zuma said the result should be respected as observers said it was an expression of the will of the people.”

The Herald notes, “The United Nations (UN), AU [African Union], SADC [Southern African Development Community], the Common Market for Eastern and Southern Africa (COMESA) and other observer groups from Africa have endorsed the elections while the United States, Britain and its dominion Australia — who were not invited to observe — have joined MDC-T in condemning the election.” Zimbabwe refused to allow the Western states to send observers for the elections, saying that Africa could provide adequate monitoring to ensure a credible poll.

The chairperson of the regional SADC Peace and Security Council, President Jakaya Kikwete of the United Republic of Tanzania, sent a letter of congratulations to Mugabe. Kikwete’s party, Chama Cha Mapinduzi, and ZANU-PF have enjoyed decades of fraternal relations extending back to the days of the armed struggle against the white settler-colonial rule of Ian Smith.

This letter read in part: “I have received with great pleasure, the news of your re-election for another term to lead the people of Zimbabwe. On behalf of the Government and people of the United Republic of Tanzania and indeed on my own behalf, I would like to congratulate Your Excellency for this resounding victory.”

Kikwete stated: “Indeed your re-election is a clear testimony of the confidence and trust the people of Zimbabwe bestowed upon you. Under your able leadership, Zimbabwe has recorded tremendous socio-economic developments, despite some challenges. Thus we look forward for greater progress and prosperity for the people of Zimbabwe as well as your continued invaluable contribution to our region and the continent through SADC and the AU.”

Since the leading imperialist states, the U.S. and Britain, have refused so far to accept their defeat in Zimbabwe, will they continue or escalate hostility toward the Southern African state? Indications are that efforts to undermine the independence and sovereignty of Zimbabwe will continue.

The rejection of the election reports from the AU, SADC, COMESA and even the U.N. represents the height of arrogance and racism on the part of these Western governments. By refusing to acknowledge the continental acceptance of the results, the imperialists are seeking a rationale for renewed interference in the internal affairs of not only Zimbabwe but indeed Africa as a whole.

U.S. Secretary of State John Kerry said, “In light of substantial electoral irregularities reported by domestic and regional observers, the United States does not believe that the results announced today represent a credible expression of the will of the Zimbabwean people.” (The Independent, Aug. 4) Such a statement, which blatantly ignores the work of African governments through their regional organizations, illustrates clearly the Obama administration’s total disregard for the political judgment and will of the entire African continent.

In an editorial published Aug. 5, the Zimbabwe Herald responds to the State Department comment: “We wonder which Zimbabweans Kerry was referring to, when the very same people made their choices known to the world on July 31. Not to be outdone, Germany had the temerity to remark that the election ‘casts a big shadow on the political and economic future of Zimbabwe.’ ”

Anti-imperialist forces inside the Western states must accept and salute the people of Zimbabwe for their political decision to return ZANU-PF, the party of national liberation, to office with an overwhelming victory. The struggle of the people of Zimbabwe backed up by the African continent should serve as an inspiration to all who are fighting against the hegemony of imperialism throughout the world.