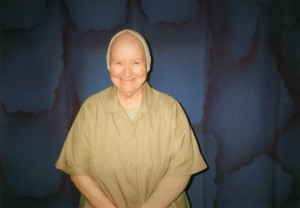 The following letter was issued on Aug. 1 by political prisoner Lynne Stewart, who is suffering from breast cancer and is engaged in a struggle to gain compassionate release.

Supporters in New York are encouraged to attend a rally on Thursday, Aug. 8, the day of Stewart’s next court hearing, at 1 p.m. outside the New York City Federal Courthouse, 500 Pearl St. in Manhattan (at the Worth Street entrance). The hearing starts at 2:30 p.m. but it takes a long time to clear security, so please arrive early. Bring photo identification.

By now we will have filed papers which take us back into federal court in New York City to request that Judge [John G.] Koeltl overturn the barbaric decision by the Bureau of Prisons and allow me to leave this empty loveless prison and go home to people and places familiar and beloved. I certainly am sick enough — even my oncologist revised her prognosis down to 18 months now.

However, my spirit remains undaunted and when I compare myself to others far worse off than I am — the Guantánamo and Pelican Bay prisoners; Marie Mason; Aafia Siddiqui; Hugo “Yogi” Pinell; those under the death penalty, like Kevin Cooper; the remaining Angola 2; Ruchel Magee; and my fellow New Yorkers, Jalil [Muntaqim], Sekou [Odinga], Herman [Bell], Seth [Robert Seth Hayes], David [Gilbert], Abdul [Majid] — let me stop before I choke up here — I know we MUST win my fight and the struggle for all other political prisoners to be freed. And then we must struggle for all to be free in this country.

How much can we, the people, take? Their austerity is barbaric cruelty, with food stamps gone and public housing unavailable permanently. How long can the 1% continue to rule and the corporations call the shots? There is so much wrong, but we are not allowed to despair since we have been given sight in this land of the blind and hopeless and heartless.

So, that said, let’s once again get out there as often as needs be — for all the causes, for all the humanity. For the future. Forward, ever forward!!