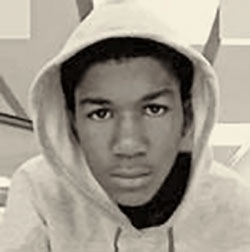 When Barack Obama became the first African American to be elected president of the United States in 2008, many bourgeois pundits proclaimed that the U.S. could finally move toward becoming a “post-racial” society. This notion was reinforced when Obama was reelected in 2012.

A “post-racial” society would indicate that the capitalist U.S. is no longer ruled by institutionalized or structural racism, in which white supremacist policies and attitudes are propagated by the super-rich and — through various arms of state repression — imposed on the masses.

Has the U.S. really become a more equal society based on racial harmony? Haven’t the justifications for the recent setbacks in voting rights and affirmative action imposed by the U.S. Supreme Court attempted to present this “more equal society” as fact rather than fiction? Can the election of one Black man to the seemingly most powerful political position in the imperialist world wipe away, in five years, hundreds of years of inequality, oppression and genocide against whole nations?

Well, if you were to ask an Indigenous person barely subsisting on a reservation in the Southwest, an undocumented worker from Latin America or Africa facing deportation, or an African-American in the rural South or Harlem, nine times out of ten the answer would be an emphatic “No.” Many women and lesbian, gay, bisexual, transgender and queer people would answer that the very existence of sexism and homophobia has assured they don’t feel equal as well.

Higher rates of worsening conditions for people of color

In truth, facts and statistics point out that conditions for people of color have only gotten worse, not better, since Obama took office.

One of the starkest indicators of the fallacy of a post-racial U.S. is the prison population. The U.S. has both the world’s largest prison population and the highest percentage of prisoners. There are about 2.3 million people in U.S. prisons and jails. A 2010 U.S. Census Bureau report states the number incarcerated, per 100,000 of each group’s overall population, are 380 white, 966 Latino and 2,207 Black. (prisonpolicy.org)

And these numbers do not include former prisoners who are either on probation or on parole — close to 5 million beyond those already behind bars, mainly for minor drug offenses and for being poor.

The racial profiling of youth of color, particularly Black and Latino youth, by police has reached epidemic proportions. In New York City alone in 2012, over 530,000 people were profiled by police. Some 55 percent were Black, 32 percent were Latino/a and 10 percent white. (New York Civil Liberties Union)

The Malcolm X Grassroots Movement published a 2012 report on the “Extrajudicial Killing of Black People by Police, Security Guards and Self-Appointed Law Enforcers.” It showed that during the first six months of 2012, a Black youth was killed by police or vigilantes every 36 hours in the United States.

One of those mentioned in this report was Trayvon Martin, who was stalked and then shot to death by George Zimmerman on Feb. 26, 2012, in a gated community in Sanford, Fla. Zimmerman is currently on trial facing second-degree murder charges for fatally shooting the unarmed, 17-year-old African American.

The tragic shooting of Martin and the trial of Zimmerman are not isolated developments. The trial should be viewed politically within the context of a general indictment of the genocidal policy of targeting youth of color. In so many ways, however, this is being countered by the trial proceedings.

A New York Times article, “Zimmerman case has race as a backdrop, but you won’t hear it in court,” states: “The judge made it clear that statements about race would be sharply limited and the term ‘racial profiling’ not allowed.” (July 7) The fact is, however, that Zimmerman has a sordid history of profiling Black youth as young as 10 years old. Racial profiling is the main issue.

Part of Zimmerman’s defense team strategy is to turn everything upside down and make it appear that Martin, the victim, racially profiled Zimmerman, and not the other way around. They want to convince the jurors that Martin was the aggressor and had no right to defend himself against an armed vigilante. Toxicology tests on Martin at the time of his death are being introduced by the defense as alleged evidence that marijuana was found in his blood — again in an effort to accuse the teenager of being the aggressor.

Like so many other trials, what’s happening in Florida is demonizing the victim. This is a standard tactic when the person killed or injured is from an oppressed nationality, is poor and working class, while the perpetrator is a police officer or a racist vigilante. This kind of unequal relationship reflects class divisions based on deep-seated racism.

The entire movement should be prepared to respond in the streets with righteous anger if the jury of six women, none of them African American, sets Zimmerman free to threaten more youth of color.

To say that a post-racial society can be achieved now under capitalism, no matter who sits in the White House, is an illusion. The capitalist class needs racism and all forms of inequality and bigotry to divide and conquer the multinational working class in order to maintain its political and economic hegemony, here and worldwide. Only unity and solidarity can win justice for the Trayvon Martins — and eventually replace capitalism itself, root and branch, with a socialist society based on full equality and cooperation for all nationalities.