Much has been written exposing the inherent racist nature of the so-called U.S. justice system and how the “not guilty’” verdict of the killer of Trayvon Martin is a perfect example of this. That George Zimmerman and his lawyers maintained that he was merely defending himself when he fatally shot an unarmed teenager has not only unleashed outrage for justice for Martin, but also highlighted countless local cases of people of color sent to jail for justifiably defending themselves.

Two cases in particular that have drawn more national attention since the Zimmerman verdict are of two Black women, Marissa Alexander and CeCe McDonald. Alexander is a 32-year-old mother of three children and a survivor of domestic violence, who, in an effort to keep her abusive ex-spouse from attacking her, fired a warning shot at a ceiling to scare him away in 2010. The warning shot worked, possibly saving her life. Just minutes before that, he had threatened to kill her. 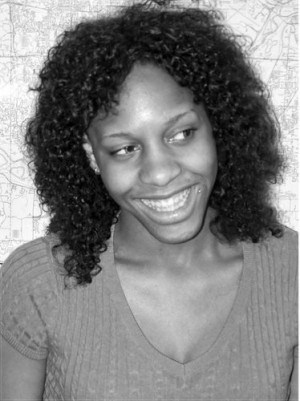 Though he was never injured, Alexander was arrested and charged with “endangering her children” by firing the shot. It was thought that in the state of Florida, the now notorious “Stand Your Ground,” a k a “Shoot first, ask questions later,” law would be used to pardon her. Instead the jury took 12 minutes to deliberate and brought back a guilty verdict. So while Zimmerman was set free after admittedly killing an unarmed teenager who he stalked for looking “suspicious,” Alexander, who did not kill anyone, was sentenced to 20 years!

The same Florida state attorney, Angela Corey, who was a member of the prosecution team during the Zimmerman trial, is the same lawyer who argued that Alexander shot her warning shot in “anger,” not fear, and deserved the 20-year sentence.

In fact, Alexander’s former spouse, who served time for battering her and openly admitted abusing her and previous partners, is free while she is in jail. While Alexander is hoping for an appeal process to overturn her sentence, a new battle cry and movement have emerged calling for her freedom now! Demonstrations to free Alexander have happened in Oakland, Calif., during a current sit-in by Dream Defenders at the Tallahassee state capitol, and elsewhere, along with more media and organizational support for the case. This individual support for Alexander is tied to the demand to repeal all Stand Your Ground laws, not only in Florida but in other states as well.

Another case of injustice

CeCe McDonald was also unjustly imprisoned for defending herself. She is a 23-year-old African-American transwoman who was brutally attacked by a mob of white racists as she and her friends walked to the grocery store in Minneapolis in June 2011. A glass mug had already been smashed against her face, severing her jaw, when McDonald reached into her purse for a small pair of scissors. One of her attackers, who had a swastika tattooed on his arm, ended up stabbed to death.

For what was clearly an act of self-defense, McDonald was sentenced to 41 months in prison. To date, no one has ever been jailed for assaulting McDonald or charged with committing a racist or anti-transgender “hate” crime. Due to transphobia, McDonald has not gained the same publicity as Alexander in the corporate media. There is, however, a resurgence of news articles in the independent and lesbian-gay-bi-trans-queer press as well as highly forwarded posts on social media calling for her freedom, which have exposed her case to a wider audience of people.

Both these women — Alexander and CeCe McDonald — have become symbols of the injustice inherent in the capitalist legal system and the clear, resounding message that it will take independent, people’s power on the ground to free them. To learn more of what you can do to support the struggle to win their freedom, go to ­justiceformarissa.blogspot.com/ and supportcece.wordpress.com/.

In all three cases — McDonald, Alexander and Trayvon Martin, who also had the right to defend himself against Zimmerman — fought against their attackers and were punished or lynched for it. This has been the historic and prevailing trend that sends a clear message from the U.S. ruling class that oppressed peoples do not have the right to fight back against their bigoted attackers.

All three have become symbols of heroism. To stand up for the right of self-defense against racist, sexist or anti-LGBTQ violence must be a fundamental right. Again the capitalist legal system cannot be relied on for justice. Only through building people’s power in the streets and in our communities can we win true justice for Trayvon Martin and freedom for Marissa Alexander and CeCe McDonald Now!