The following excerpted points of unity were initiated by TransJustice of the Audre Lorde Project, a lesbian, gay, bisexual, two-spirit, trans and gender non-conforming people of color center for community organizing. 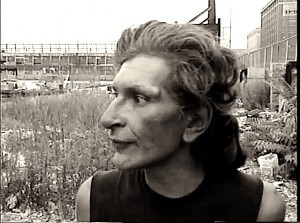 On Friday, June 28, 2013, TGNC [trans and gender non-conforming] People of Color and allies will take on the streets of New York City once again to demand justice and let the world know that the Stonewall rebellion is not over and we will continue fighting for justice and raising our voices until we are heard.

These are the points of unity, which hold together the purpose of this important march:

▶ We demand an end to profiling, harassment and brutality at the hands of the police. Like many other oppressed communities TGNC people are targeted, profiled and brutalized by the police. The New York Anti-Violence Project reports that trans women are 2.9 percent more likely to experience police violence than all other people reporting violence.

We are in solidarity with FIERCE and their campaign to counter the displacement and criminalization of LGBTQ youth of color. We support legislation that would stop police and prosecutors from using possession of condoms as evidence of “criminal activity.” We oppose Speaker Christine Quinn’s call for increased policing in Chelsea and the Village, recognizing that policing doesn’t end hate violence against LGBTSTGNC people. We demand an end to the discriminatory “Stop and Frisk” and other “Broken Windows” practices of the [New York Police Department].

▶ We demand justice for the many TGNC POC who have been beaten, assaulted, raped and murdered. These incidents continue to be silenced or misclassified. Instead of disrespecting the identities of TGNC POC, we call for media to address individuals by their preferred names and pronouns. The police and the media continue to criminalize us even when we try to defend ourselves.

We know through AVP’s Hate Crime Report that 53.8 percent of hate crime murder victims are trans women of color. Hate crime laws will not solve the problem but will give increased power to the state to put more people in jail. Instead we call for a unified effort for all of us to look deeper into the root causes of why these incidents happen. In striving for social justice we seek to find ways of holding people accountable and coming to a joint understanding of how we can make our communities safer.

▶ We demand access to restrooms without fear of harassment or brutality. Far too many TGNC POC have faced harassment, violence and denial of usage of restrooms across New York City. We call for access to restrooms that match our gender identity and gender expression, and the development of gender-neutral restrooms, as well as accountability for staff and patrons of both private and public spaces when we face discrimination and abuse.

▶ We demand the full legalization of all immigrants. We stand in solidarity with Indigenous-identified Two-Spirit people and the sovereignty of the First Nations, on whose land we now see the U.S. attempt to enforce arbitrary borders.

TGNC POC people deserve the right to access competent and respectful immigration services. We demand that the consulates of all countries respect and honor our identities and issue passports and other documentation that accurately reflect who we are.

▶ We oppose the Secure Communities program, the guest worker program, the Real ID Act, enforcement provisions to build more walls and give greater powers to the Department of Homeland Security, increased barriers for asylum seekers, and other anti-immigrant policies.

▶ We are in solidarity with all prisoners, especially the many TGNC POC people behind the walls. We call attention to the under-reported accounts of violence and rape that our community faces at the hands of correction officers and other prisoners, in psychiatric facilities and group homes. We demand an end to the torture and discrimination TGNC POC prisoners face. We demand that all TGNC POC prisoners receive competent and respectful health care.

We oppose the continued growth of the prison-industrial complex that continues to target our communities, yet we recognize that TGNC POC people need access to services and facilities that lessen our vulnerability to violence within the present jails and prisons. We call attention to the criminal injustice system that increasingly puts POC, immigrants, people with disabilities, TGNC POC and poor people behind bars — criminalizing our communities and our lives.

▶ We oppose the U.S. “War on Terrorism,” an excuse to legitimize the expansion of the U.S. as an imperial superpower and to separate our communities by fostering feelings of hate, xenophobia and violence. We demand the immediate removal of all U.S. troops from all countries under occupation and demand an end to the use of U.S. dollars to cultivate and sponsor wars against people in the U.S. and abroad.

▶ We demand accessible, respectful and comprehensive health care. TGNC POC people deserve the right to access quality health care and be treated with dignity and respect while receiving necessary care. We demand that health care providers and insurance providers acknowledge this right and provide this service without bias and discrimination.

▶ We demand that all people receiving public assistance be treated with respect and dignity. We are in solidarity with all people living on public assistance. We celebrate that the Human Resources Administration, the NYC welfare agency, passed the procedure for serving TGNC clients and approved a community-developed training curriculum. But we call for full implementation of the procedure, including culturally competent trainings for all employees that does not put the burden of education on the TGNC POC community.

▶ We demand access to respectful and safe housing. A disproportionate number of TGNC POC have been or are currently homeless, and experience violence and discrimination when trying to access shelters and housing programs. We are in solidarity with Queers for Economic Justice in their demand that all [Department of Homeless Services] shelters provide adequate trans sensitivity trainings for all personnel and enforce clear non-discrimination policies that respect the dignity and safety of all homeless people.

▶ We demand that TGNC POC people have equal access to employment and education opportunities. We are outraged by the high numbers of TGNC POC who are unemployed. Few TGNC POC have access to opportunities for learning in a safe school environment. TGNC POC demand that all employers and educational institutions implement non-discrimination policies that respect the rights of all workers and students and that they comply with the NYC Human Rights Law that prohibits discrimination against gender identity and expression.

We commemorate the memory of Deja Kelis Edwards and the many brave souls we have lost, who have struggled and lived their lives fearlessly, being true to who they were. They keep the fire of struggle burning within all of us.