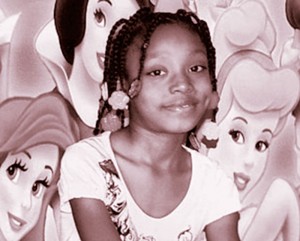 After three years, the white Detroit police officer who shot a 7-year-old African-American girl is finally standing trial in Wayne County Circuit Court. Joseph Weekley was part of a Special Response Team that entered the downstairs flat where Aiyana Stanley Jones and her grandmother were sleeping in the front room.

Police were looking for an alleged murder suspect who was living in the upstairs flat. A stun grenade was tossed through the window of the downstairs flat. Seconds later the door was kicked in and the fatal shot was fired into the head of the second-grader.

The grandmother of Aiyana, Mertilla Jones, was sleeping on the same couch with the girl. She was later taken to the police station where they attempted to hold her on spurious, non-existent charges. She was the primary witness to the crime.

Weekley had had misconduct complaints filed against him prior to the killing of Jones. He is now facing trial on charges of involuntary manslaughter and the reckless discharge of a firearm. These charges are relatively light considering the fact that no shots were fired at the police, who were in no danger from the occupants of the house on Detroit’s east side.

The entire incident was captured by the film crew of the “The First 48” television program aired on the A&E cable network. This program treats police operations against civilians as entertainment. The presence of the cameras may have influenced the character of the raid that was carried out in the early morning hours of May 16, 2010.

Jones’ death sparked shock and outrage throughout the United States. Demonstrations were held in the city of Detroit in the aftermath of the killing. A national demonstration was organized that coincided with the U.S. Social Forum held in Detroit the following month. In recent months, Mertilla Jones spoke on Jan. 17 at the Detroit Dr. Martin Luther King Jr. Annual Rally & March, where Rev. C.D. Witherspoon, the keynote speaker from Baltimore’s Southern Christian Leadership Conference, called for justice for young Aiyana.

Detroit’s newly-appointed police chief at the time, Warren Evans, was out of the city during the shooting. He later resigned in the political fallout from both the killing of Jones and his participation in another reality television program that was scheduled to air on a cable network.

Mayor Dave Bing later barred all police participation with entertainment television programs. The Detroit Police Department has been under two federal consent decrees since 2003 for its disproportionate use of force and the deplorable conditions existing in the city’s lock-ups.

After a decade under U.S. Justice Department and judicial monitoring, the police have failed to come into total compliance with federal guidelines outlined in the consent decrees. Detroit residents are still subjected to police misconduct, which is a source of tension throughout the city.

Steve Fishman, the defense attorney for Weekley, said in opening arguments on June 3 that the killing of Aiyana Jones was an accident. The defense is attempting to impugn the credibility of Mertilla Jones, saying that her story changed in the course of the investigation.

Weekley claims that Mertilla Jones grabbed his gun after he entered the front room where Aiyana and her grandmother were sleeping. Fishman argued for his client: “He pulls back and his hand hits the trigger. … It was an accident. It was not careless. It was not reckless.”

Fige Bornu of the Justice for Aiyana Jones Committee based in Detroit issued a statement during the jury selection process in which he said that “Aiyana’s untimely death at the hands of the state will forever be memorialized as a brute, unrelenting, and bastardly expression of the continued disregard of respect, dignity and longevity for America and the world’s most precious amongst us: Our Black Youth.”

History of police violence in Detroit

People in Detroit and around the world will be watching intently to see what verdict is reached by the jury in this case. It is a rare occurrence that the police are actually prosecuted and convicted for the deaths of African Americans and other oppressed peoples inside the U.S.

The conviction of two white police officers of second-degree murder in 1993 for the brutal killing of Malice Green on the city’s southwest side was unprecedented. Green, an unemployed steel worker, was bludgeoned to death with flashlights by cops as he sat in his automobile on a busy thoroughfare on the evening of Nov. 5, 1992.

Those convictions were met with disbelief by the state’s power structure. Then-Gov. John Engler, a conservative, and the legislature in Lansing, Mich., subsequently passed measures that abolished the civil service residency rules for municipalities in the state, thus giving whites from the suburbs greater access to jobs in largely Black cities. They also abolished Recorder’s Court, a city system which had been in existence in Detroit since the mid-19th century.

Police violence in Detroit was the spark that led to the rebellion of July 1967, the largest yet in an urban area. The aftermath of the rebellion radicalized the city’s residents. In particular, the schools and auto plants became centers of political activity during the late 1960s and early 1970s.

In 1973, the city’s first African-American mayor, State Senator Coleman A. Young, was elected with a mandate to eliminate police brutality,  then exemplified through the law-enforcement decoy unit known as STRESS — “Stop the Robberies and Enjoy Safe Streets.”  STRESS was responsible for the deaths of 33 people — 31 African American —  between 1971 and 1973.