The following statement was issued by the National Network on Cuba. 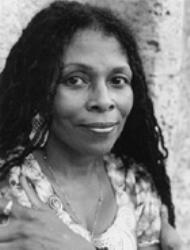 On May 3, the U.S. government falsely branded Assata Shakur … as a “terrorist,” placing her name as the first woman on the most-wanted terrorist list, with obvious alternative motives, but supposedly for the false charges 40 years ago. This act is doubly scurrilous as it implies that Cuba, a country that has suffered nearly 3,500 deaths from relentless U.S.-based terrorist attacks since its revolution for sovereignty in 1959, harbors “terrorists” because in the 1970s and 80s it gave Shakur and other Black freedom fighters refuge. The National Network on Cuba rejects this slanderous act and demands that it be reversed immediately.

The National Lawyers Guild explained: “Assata Shakur is a former member of the Black Panther Party in New York City. That organization, which advocated community control and self-determination in the Black community, was one of the chief targets of the FBI’s infamous counterintelligence program known as ‘COINTELPRO.’

“According to documents released in the 1970’s, ‘COINTELPRO’s stated goal was to ‘expose, misdirect, destroy and neutralize’ Black political organizations and their leadership. The illegal and unconstitutional program resulted in the police murder of scores of Black Freedom Fighters and others including BPP members, Fred Hampton and Mark Clark in Chicago, and the frame-ups and wrongful convictions of many others, such as Geronimo Pratt and Dhoruba Bin Wahad, both of whom spent two decades in prison before their frame-ups were exposed. Many former Panthers remain in prison today, such as Marshall Eddie Conway, Jamil Abdullah Al-Amin and Mumia Abu Jamal.”

This convenient smokescreen comes at an historical moment when world opinion rejects the U.S. blockade of Cuba and demands that the Obama administration end the injustice, release all of the Cuban 5 and allow them to return to their families in Cuba. The Cuban 5 have been in prison for nearly 15 years for preventing terrorism against their homeland — Cuba.

It is the United States that is harboring terrorist Luis Posada Carriles. Carriles was convicted of endangering the public welfare in a thwarted 2001 attempt to assassinate then Cuban President Fidel Castro who was speaking at a university in Panama.

Carriles now shamelessly walks the streets of Miami, although there is an open extradition request from the Bolivarian Republic of Venezuela, where he is wanted to stand trial for the … mid-air bombing of a civilian aircraft. Carriles has boasted about his role in downing Cubana Flight 455 as it left Barbados in 1976, killing all 73 men, women and children aboard. It is a crime for which international treaties required extradition or trial in the host country. He has not been tried nor extradited. And Carriles is not the only terrorist living in the United States with the knowledge and protection of the U.S. government.

The U.S. alternative motives for this upping the ante on Assata also place her on the Obama’s administration drone assassination program’s list; this is the list from which drone targets are chosen. In their offensive against the left in this hemisphere (Argentina, Cuba, Honduras, Ecuador, Uruguay, Venezuela, Haiti, and Nicaragua) the U.S. is using Assata as a precedent on their regime-change objectives for the Latin American and Caribbean left.

We must organize to Free Assata [Shakur], the Cuban 5, Mumia Abu-Jamal, Leonard Peltier and all political prisoners and prisoners of war in [U.S.] custody. Assata is our sister, mother, daughter, comrade and friend. The NNOC asks all our membership organizations for support in this struggle to remove Assata Shakur from the FBI terrorist list.