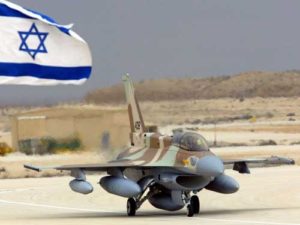 On May 3, and again on May 5, the Israeli air force bombed Syria’s capital of Damascus. According to Syria’s Sana news agency, the targets hit on May 5 included the military research center at Jamraya, an airport at al-Dimas and a site at Maysalom, all to the northwest of the capital. Other reports claim that Syrian army bases were also hit.

On Jan. 30, Israel had bombed the Jamraya research facility. There are different accounts of the targets hit on May 3. Some sources state weapons supplies were bombed at the border with Lebanon, while others claim that an area at the Damascus International Airport was attacked.

Syria has been the target of a two-year campaign aimed at regime change. The  government of President Bashar al-Assad has maintained policies independent of the U.S. and opposed to the suppression of the Palestinian people by the Israeli settler regime. The uprising and rebel groups have been encouraged and financed by the U.S. government, its European imperialist allies and reactionary monarchist regimes in the Middle East.

Despite massive shipments of military hardware through Turkey and Jordan to the “rebels,” the Syrian Army has held on and was recently able to push back the reactionary rebels across the country. Political disunity among the opposition political and military groups has persisted, despite Washington’s attempts to force them into a single front. Recent reports show that these rebel military units are coming more and more under the control of the Nusra Front, an admitted wing of Al-Qaida.

The Israeli attacks on Syria are a serious escalation of foreign intervention. They come after a visit by President Barack Obama to Israel, followed by U.S. Secretary of State John Kerry and U.S. Secretary of Defense Chuck Hagel. This means that the bombing of Damascus could only come after consultations with these high-ranking U.S. officials.

After all, Israel receives more than $3 billion of military aid a year from Washington and is about to participate in the purchase of $10 billion of aircraft, missiles and advanced radar systems. Notably, the United States has refused to criticize, let alone condemn, these or previous Israeli attacks.

The Syrian government, on the other hand, has condemned the latest attacks as an effort by Israel and the United States to bolster the rebel groups. Sana news agency online reported on May 5 that Syria has sent a letter of protest to the United Nations Security Council. It said that this coordination between Israel and the terrorist groups aims “to provide a direct military support to these groups after they have recently failed in their attempts to gain any ground.”

The letter continued: “United States statements which preceded and followed the Israeli raids have encouraged Israel to carry out its aggression and provided it with a political cover to violate Syrian sovereignty.”

The link between the Israeli attacks and the rebel groups was admitted at NYTimes.com, which reported on May 5 that the rebels’ Damascus Military Council had issued a statement calling on all fighters in the area to “mount focused attacks” on the capital.

The International Action Center (iacenter.org), an anti-war group in the U.S., immediately called upon the anti-war movement in the United States to “be alert to the growing attempt by the U.S., other NATO powers and now the main militarist threat in the region, Israel, to overturn the Bashar al-Assad government in Syria and replace it with an imperialist puppet regime, as in Iraq, Afghanistan and Libya.

“The governments and the corporate media machine in the NATO countries have carried out an intensive propaganda campaign against the Bashar al-Assad government in Syria. The stories about use of chemical weapons have no basis in fact. The imperialist gun-running has cost the lives of tens of thousands of Syrians, yet all the blame for these deaths is heaped on the Damascus government.

“No matter what today’s or tomorrow’s pretext for more Israeli attacks — and the Israelis and their U.S. backers will tell plenty of lies — Israeli air strikes against Syrian soil put Israel on the side of the reactionary uprising against Damascus. It clearly places bloody U.S. and NATO imperialism and the Israeli local gendarmes on one side and the Syrian people and government and their allies on the other. It means that U.S.-NATO forces are resorting to what is a desperate measure: using the Israeli pit bull against an independent country in that region.”