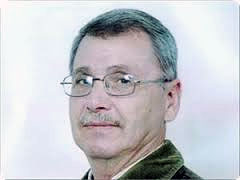 Outrage over the death of a Palestinian prisoner due to medical neglect by his Israeli jailers on April 2 sparked massive demonstrations in the West Bank, Gaza, Jerusalem and in Israeli prisons. Two teenage protesters were killed by Israeli troops. On April 3, Israeli aircraft dropped bombs on crowded Gaza after Palestinian fighters launched a rocket into Israel. That came one day after Israel poured tank shells into Syria.

This all comes just a few weeks after President Barack Obama’s visit to Israel, where he announced the U.S.’s staunch support of the Zionist regime, armed to the teeth by the U.S government and war industry. This sent a clear signal to Israeli leaders that as far as the U.S. is concerned, Israel has a free hand to crush Palestinian resistance as well as intimidate neighboring Arab countries.

Maysara Abu Hamdiya, 64, a retired Palestinian general imprisoned by Israel since 2002, was diagnosed with throat cancer in January 2013. The Palestinian Authority demanded Hamdiya’s release so he could receive medical treatment.

Israel refused and Hamdiya died in an Israeli hospital. He was handcuffed when he was admitted, according to Issa Qaraqe, the Palestinian Authority’s minister of prisoner affairs.

“Israel is committing a new massacre against the Palestinian prisoners,” Qaraqe said. “Abu Hamdiya died due to deliberate medical negligence.” Palestinian President Mahmoud Abbas also condemned Israel’s treatment: “The Israeli government in its intransigence and arrogance refused to respond to our efforts to save the life of Abu Hamdiya, which led to his martyrdom inside the Occupation prisons.” (CNN, April 3)

The Palestinian Authority released an affidavit from a lawyer who visited Hamdiya last month. He cited a months-long delay to grant a referral for a hospital examination, as well as a lack of any medical treatment for Hamdiya.

Hamdiya’s death comes just over a month after the mysterious death of another Palestinian prisoner in Israeli hands — Arafat Jaradat. Nearly 5,000 Palestinians are currently held as political prisoners in Israeli jails.

When word reached the Palestinian occupied territories, thousands staged militant protests. Dozens of protesters were injured and two teenaged cousins were killed by Israeli troops as Palestinians expressed their outrage in the West Bank, Jerusalem and Gaza.

A military-style funeral for Masaya Hamdiya was held in the southern West Bank town of Hebron, where Palestinians also staged a general strike. (Financial Times, April 3)

U.S. war plans in the Middle East depend on the aggressive strength of the Israeli garrison state, no matter the cost to Jewish or Palestinian people. However, the valiant decades-long struggle by the Palestinian people against oppression and occupation has inspired waves of support by Arab people throughout the region, as well as a peace movement within the Israeli population.