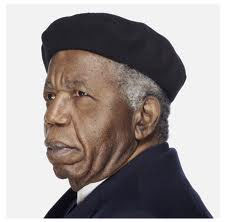 “Things Fall Apart” and “No Longer at Ease” are perhaps the best known novels to emerge from not only Africa but the entire world. Chinua Achebe, the author of these classic works, which embodied a clear anti-colonial theme, died on March 21 in Boston.

Achebe had lived in the United States for many years and taught at the University of Massachusetts at Amherst. Statements and articles paying tribute to the iconic writer have been pouring out since the news of his death was reported widely throughout the world.

Born on Nov. 16, 1930, in the West African state of Nigeria, which had been colonized by Britain in the late 19th century, Achebe came from the Igbo nationality, largely based in the eastern region of the country. His observations during his upbringing informed his literary style and themes.

In 1948, he went to Ibadan University to study medicine. However, after one year he realized that literature was his calling. His first novel, “Things Fall Apart,” was published in 1958, just two years before Nigeria gained national independence from Britain.

This book was the first in a trilogy that examined the devastating impact of colonialism on African culture and society. It was followed by “No Longer at Ease,” published in 1960, and “Arrow of God,” released in 1964.

Okonkwo, the protagonist of “Things Fall Apart,” represents the challenges that Africans faced with the onset of imperialism on the continent. “No Longer at Ease” was set in the late 1950s just before independence, when the grandson of Okonkwo returns home after being educated in Britain.

Taking a position within the colonial civil service, he finds that his salary is inadequate for taking care of himself and his extended family. He later takes bribes and is caught and prosecuted by the British.

The third novel, “Arrow of God,” is based on a true account of a traditional priest who refuses to collaborate with colonialism. The novel illustrates the degree of resistance to colonialism that existed in Africa after the European invasion.

Achebe and national consciousness in Nigeria

Achebe grew into a nationally and internationally recognized literary figure. He was also well known as a broadcaster, editing and producing programs for the Nigerian Broadcasting Corp.

During this period he met a young student from Ibadan University, Christie Chinwe Okoli, whom he later married. The couple had four children.

By 1966, contradictions within the national independence movement in Nigeria were reaching a boiling point. His fourth novel, “A Man of the People,” dealt with a corrupt minister in the federal government and ends with a coup.

The novel was prophetic. In 1966, a failed coup and a military seizure of power set the stage for the massacre of many Igbos. These developments gave birth to a secessionist effort known as Biafra, which attempted to create an independent state for the Igbo people in the east of Nigeria.

The Biafra war began in the east of the country in 1967. Achebe supported this secessionist movement, but it was doomed to fail, and a long period of national reconciliation took place in Nigeria during the 1970s.

The country, while formally independent, remained under the economic domination of Britain as a member of the Commonwealth. It did not achieve stability, and a series of military coups and assassinations followed.

The country would not return to civilian rule until 1999, with the second ascendancy of Gen. Olusegun Obasanjo, this time as a politician.

Achebe by this time had left Nigeria. His criticism of the postcolonial process and successive military rulers created a political situation that was not conducive for his work.

He took a teaching position in the U.S. and continued to write. Unfortunately, in 1990, he was paralyzed in a car accident and remained in a wheelchair the rest of his life.

Achebe will be remembered for his literary contributions and his fierce criticism of colonial and postcolonial African society. His books will remain a mainstay of libraries and classrooms for many generations to come.

Nigeria today has still not overcome the legacy of imperialism. Despite its vast oil wealth, there is profound inequality in the country.

Although the government receives billions of dollars annually from the extraction and export of oil, the wealth of the country has not been distributed equally. There are still regional conflicts with armed insurrections among the Boko Haram in the north and the Movement for the Emancipation of the Niger Delta in the south.

In order for real development to occur in Nigeria, there must be a break with the imperialist and neocolonialist economic and political models. There has to be a national program for the reconstruction of the country based upon the interests of the workers, farmers and youth. This effort must be linked with the broader struggle throughout Africa and the world.