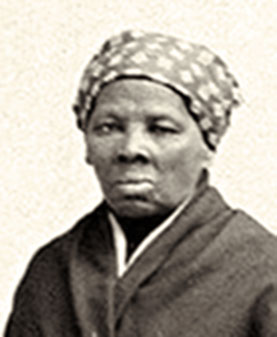 Under the theme “Picking up Harriet’s Rifle!” an amazing and inspiring intergenerational panel of Black female revolutionaries gathered in Philadelphia at the Rotunda on March 12 to mark the 100th anniversary of the death of Harriet Tubman. Before a packed room, five “old school” and five younger activists shared a dialog on the unique and important position of being a Black woman in today’s struggle.

Organized by Patrice K. Armstead, from Building People’s Power, and Iresha Picot, with Books Through Bars and a MOVE 9 supporter, the panel of seasoned revolutionaries included Sacaree Rhodes, former organizer with the Wilmington 10 and founder of African Daughters of Fine Lineage; Theresa Shoats, daughter of political prisoner Russell Maroon Shoats and an organizer with the Human Rights Coalition for Prisoners; Dr. Regina Jennings, author and former soldier in the Black Panther Party; Basiymah Muhammad-Bey, with the Universal Negro Improvement Association and the International Black Cross Nurses; and Pam Africa, Minister of Confrontation for MOVE and chairwoman of  the International Concerned Family and Friends of Mumia Abu-Jamal, who is affectionately known in the movement as “Mama Pam.”

In addition to Armstead and Picot, younger women, who took turns introducing the seasoned activists, included Shesheena Bray, co-director of the Philadelphia chapter of Sankofa Community Empowerment and a member of the Askia (Sabur) Coalition Against Police Brutality; Natasha Butler, a member of the Uhuru Movement; and Lori Chambers, a young educator who helped start Finding Empowerment through Education.

Rhodes began the dialog with an account of what it was like to grow up in North Carolina during the Civil Rights movement. She recounted the extreme racism and indignity her family endured under Jim Crow segregation and the murders and brutal assaults many African Americans experienced. After becoming active with the Wilmington 10 Freedom School, Rhodes was forced to flee to the North when death threats were made against her.

Shoats described how the experience of having her political activist father imprisoned for life opened her eyes to “just how corrupt and unjust this criminal ‘justice’ system is.” Shoats described the impact of racism on subsequent generations in Black communities, which often leads to conflict between elders and youth. She spoke of the negative impact the economy is having on youth today, from the closure of 23 schools, mostly in Black neighborhoods, to the outpouring of mainly white youth during Occupy, who suddenly found themselves locked out of jobs. “We can’t keep letting this system go on — we have to take a stand,” she said.

From her experience as a young revolutionary in the Black Panther Party in California and Philadelphia, to her tenure as the first Black professor at Franklin and Marshall College, Jennings stressed the importance for young activists today to know their history. “It has always bothered me that the Panthers weren’t honored. The memory of the Black Panther Party should be taught in schools. What we did as Marxists, socialists and African-centered activists was to take a stand. If the police were going to go into Black communities and shoot someone, they had to go through us and we shot back.”

Jennings, who started the African-American Studies Department at her college, warned that similar programs are under attack at campuses all over the U.S., including at Temple University in Philadelphia.

The importance of finding out what happened to your family during slavery and the Diaspora was a central theme of Muhammad-Bey’s remarks. “We need to know what happened to our families during slavery,” she said. Defending the right to bear arms, she added, “In tribute to our warrior-sister Harriet, I thought about coming with my shotgun tonight.”

Muhammad-Bey later sang her version of Bob Marley’s “Redemption Song” to cheers from the audience.

Lori Chambers, noting that she was born in 1985 — the year of the city’s fire bombing of the MOVE house — introduced Sister Pam Africa. Africa explained that she wasn’t always a revolutionary. “Before 1977 my hair was blond, I didn’t know about the Black Panthers, and I didn’t believe there was such a thing as police brutality. … Harriet Tubman was known for bringing up people who were unaware that they were slaves, and MOVE was my Harriet Tubman. They opened my eyes.”

Africa also stressed the importance of self-defense. “In 1977 MOVE took a stand, brandishing guns. Look at North Korea today — they are openly arming themselves against U.S. aggression. They aren’t giving up anything.”

After their formal presentations, the panelists engaged in a lively discussion on many topics, including dealing with stress in their political activism and daily lives, and what it means to raise children in the midst of today’s struggle.