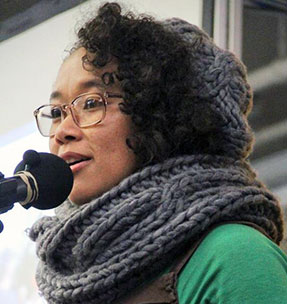 At the end of January, the 3rd All India Women’s Conference will take place in Thiruvananthapuram, Kerala, India. Organized by AIMSS, the All India Mahila Sanskritik Sanghatane, this gathering will include women from across India, as well as Bangladesh, Sri Lanka and Nepal, along with other international delegations. Among them will be two revolutionaries from the United States, LeiLani Dowell, a Workers World newspaper managing editor from New York City, representing Workers World Party, and Elena Everett, a youth-oriented organizer and WWP activist from Durham, N.C. She is also an International Action Center organizer. 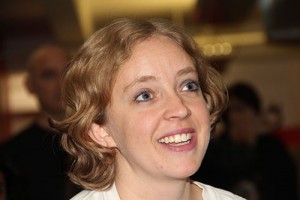 AIMSS calls the Jan. 29-31 conference “a unique event. … solemn in its purpose, yet bubbling with a new enthusiasm. … Fighting women from all walks of life will come together with a deep conviction that the life of women shall be changed for the better; that all the age old fetters be broken, that the ghosts of newer problems shall be exorcised. For this, a new, vigorous, blazing program of action shall be charted.” (aimsswomensconference.org)

Mass struggles all over India have been occurring as women fight back against centuries of oppression and “feudal concepts” perpetuated by a history of colonialism and imperialism. The recent death of a gang-rape victim sparked outrage and massive demonstrations by women and men throughout India. The fight against rape and violence against women, female infanticide and other manifestations of women’s oppression in India and worldwide, will be taken up at the conference.

Dowell told WW she will take to the conference “Workers World Party’s solidarity with the women of India, who are so valiantly struggling against sexual oppression and economic exploitation. At the same time, we will be sharing information about the ongoing battles being waged by women in the U.S., where women also have a second-class status in society, fueled and propagated by the patriarchal, racist capitalist system. Our party holds that women’s oppression will ultimately be destroyed only when capitalism is defeated, and this view will probably be shared by many other women at the conference.”

Dowell and Everett will attend the Jan. 28-31 conference and report on it in these pages and at workers.org. Look for coverage in an upcoming issue of WW.