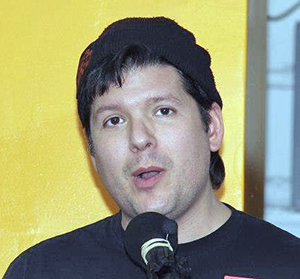 The teachers’ strike last September was a high-water mark in the class struggle in Chicago, and it shows in which direction things must move. The strike was a link in the chain of class struggle that includes other battles like the factory floor occupation at Republic Windows and Doors and the occupation of the state Capitol in Madison, Wis., in defiance of Gov. Walker’s attack on public sector workers. This new wave of struggle is especially important because, in the case of the teachers’ strike and the Republic occupation, oppressed workers took the lead.

In his new book, “Capitalism at a Dead End,” comrade Fred Goldstein points out, “In 2006 immigrant workers staged what amounted to a general strike involving millions to protest proposed repressive federal anti-immigrant legislation. That legislation was dropped. In 2008 workers occupied the Republic Windows and Doors factory in Chicago. This was the first plant occupation since the 1930s. Wisconsin workers in alliance with students seized the state Capitol and held it for two weeks in the winter of 2011 to try to stop a union-busting bill. There was even talk of a general strike. These are rumblings of resistance from below that are sure to grow in frequency and intensity as the crisis deepens and workers, communities, students, and youth come under even greater pressure and suffer ever greater hardships. No one can know when and how the struggle will grow and spread. The only certainty is that it will.”

The teachers’ strike was mainly about stemming the flood of school privatizations and closures that have plagued communities of color in Chicago for nearly a decade. Privatization means the theft by corporations of wealth and resources that belong to the working class. The super rich, who have stolen workers’ homes through the foreclosure crisis, who have vacuumed cash out of our pockets through the vast expansion of consumer credit during the 1990s, and who now have their eyes on our Social Security, have also turned Chicago into a laboratory for the privatization of public education.

Eight years ago, Mayor-for-life Richard M. Daley and Chicago Public Schools head Arne Duncan cooked up a plan to steal the public school system and turn it into anti-union, for-profit charter schools. Duncan dubbed this plan “Renaissance 2010.” He prefers calling it “market-based choice” over “privatization” so people are less likely to notice that the privately owned and operated charters are still funded through the workers’ tax dollars.

Duncan did such a good job destroying public education in Chicago that the Obama administration put him in charge of implementing a nearly identical plan nationally, called Race to the Top.

Renaissance 2010 was the official opening of what many have called the era of educational apartheid in Chicago, but the CPS privatization plan predated the Duncan regime. Daley touted charter schools as if they were some sort of solution to the perennial funding crisis faced by the public schools in Chicago. But this lack of funds for schools is the real problem that no one in the capitalist media seems to be allowed to talk about.

Karen Lewis, president of the Chicago Teachers Union, points out that “in the last 20 years, CPS has closed over 200 schools and placed 300 on probation.”

In the historic Black community of Bronzeville on the city’s South Side, which was the home of Chicago’s version of the Harlem Renaissance, families have been hit particularly hard by the closings. With the destruction of public housing by the Chicago Housing Authority as the backdrop, 15 Bronzeville schools have been closed over the last 12 years. Students have been transferred to different schools, some of them two or even three times. These school closures do nothing but further destabilize already marginalized communities. This is the educational component of the war on Black communities.

The Chicago Teachers Union has been the best defender of the interests of the students, parents and community when it opposes the privatizations and closures imposed by the Mayor Rahm Emmanuel administration and the School Board. City Hall claims that the anti-union charters are out-performing public schools, but as the Reader’s Ben Joravsky points out, “There are 541 elementary schools in Chicago. Based on the composite ISAT scores for 2011 — the last full set available — none of the top ten are charters. None of the top 20, 30 or 40 either. In fact, you’ve got to go to 41 to find a charter.”

Nathan Johnson, a teacher at Lakeview High School on the city’s North side, summed things up this way: “I truly believe that this strike has implications that go far beyond Chicago, and I feel that it is absolutely imperative that we take a stand and say enough is enough!” The Chicago Teachers Union is pointing the way forward for our class!