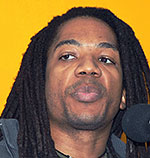 As we talk about the perspective and the importance of People’s Power, we can go back to 2006 and the most recent and dynamic general strike this country has ever seen when immigrant workers went out unafraid and shut the entire country down.

If you look at the response to the mass incarceration of people of color — particularly Black people who rose up because of the case of the Jena 6 in Louisiana and what happened when Trayvon Martin was shot down and the person who shot him was free to roam the streets for over 40 days — hundreds of thousands of people took to the streets. And it wasn’t just these particular cases. These cases were a catalyst of this mass explosion.

Occupy Wall Street actually pointed a finger right into the ruling class of this country, threw off the shroud and said we will go where you don’t expect us to go and where you will feel the most uncomfortable. So they took the struggle right down to Wall Street.

They pointed a finger at capitalism as the fundamental problem of global ­society.

These events are a response to Western world imperialism at this stage of a very profound and intractable crisis of the capitalist system.

The program the ruling class is going to push on the working class is austerity. The corporate bosses want to ramp up austerity to the levels we are seeing in Europe right now. The U.S. is moving quickly to that level — and it is permanent.

Wall Street got a blank check. The capitalist state went to them and said, “You just tell us how much you need. We’ll sign our name to it. You write in the amount.” And that is exactly what they did.

We got more repression and oppression. We got cutbacks to all the vital social services we won through struggle. That is what we got and there is more coming down the pike.

If you voted for Obama, that’s okay, especially if you are an oppressed person, with all the racism that was in the mainstream media calling him a welfare president.

But once you pull that lever, the fundamental contradictions in society continue to exist. They don’t go away by pulling a lever. They go away by fighting in the streets and struggling.

We must begin the struggle for people’s power

The U.S. imperialist ruling class wants to maintain the status quo — that is what the government is there for. The bosses will send their cops against strikes and people who mobilize in the streets to fight for their needs.

We have to elect a new power. We have to show people and build confidence in their ability to fight. If you have a next-door neighbor who has been paying on a house for 30 or 40 years, and the sheriff shows up at their door saying the bank has foreclosed, the only way you can stop that from happening is to join with that neighbor of yours and you take over that home.

If the city is closing a school because government officials say they no longer have the money to keep it open, then you join with the teachers, students and family members and say, “We will not let you close and foreclose on these children’s education.”

If a victim of police brutality is ignored by the city council and no one in the so-called halls of justice is paying any attention to them, you erect the type of organization that is designed to and will help them raise struggle. That is what organizers have done in Baltimore.

Over time this builds confidence in people, not just in the individual ability to struggle, but in their neighbors and in the organization itself.

We start organizing in the streets and we build that type of organization. As soon as we get to that point at our local level, at our street level, at the block level — we take it to the seat of power in this country; we take it to Washington, D.C. We erect the dream of Dr. Martin Luther King. We go there and we shut Washington, D.C., down and refuse to leave until our demands are met.

All power to the people! Build Workers World Party!