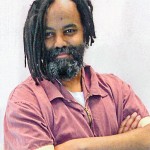 Judge Pamela Dembe, president of the Philadelphia Court of Common Pleas, affirmed her secret sentencing of Mumia Abu-Jamal to life imprisonment and dismissed Mumia’s post-sentence motion on Oct. 1, according to the court docket records. Dembe’s order followed the [District Attorney’s] motion to dismiss, which outrageously asserted that a life sentence was “the precise relief” Mumia sought over the past thirty years!

The DA’s motion centered on a false rendition of the prosecution’s “evidence” against Mumia. It went way beyond the even perjured and coerced testimony that was presented at the trial. Needless to say, it ignored the federal court rulings that Mumia was unconstitutionally and illegally sentenced to death.

It was Judge Dembe who deemed it irrelevant that Judge Albert Sabo, the trial judge and Post Conviction Relief Act judge from 1995-1998, admitted his bias and racism with his declaration, overheard by a court stenographer, “Yes, I’m going to help them fry the n——-.”

It was Sabo’s instruction to the jury that the courts found to be illegal. Dembe in 2001 refused to hold an evidentiary hearing on Sabo’s bias as well as new evidence of Mumia’s innocence, including the confession of Arnold Beverly who swore he was the man who killed police officer Daniel Faulkner.

On Aug. 13, Judge Dembe imposed a life sentence without parole on Mumia, without even notifying him. This was in flagrant violation of constitutional and Pa. statutory law, intended to foreclose Mumia’s right to challenge his sentence to “slow death row” — life sentence without parole. Had Mumia known of the impending sentencing, he would have argued for immediate release from prison pursuant to a motion for extraordinary relief based on thirty years of solitary confinement on death row pursuant on an illegal sentence. The decade he spent in solitary confinement, while the DA tried to get the death sentence reinstated by the Federal Court of Appeals and U.S. Supreme Court, was retaliation against Mumia for not being silenced.

Mumia’s post-sentence motion challenged Judge Dembe’s secret proceeding. It also was a constitutional challenge to life imprisonment without parole as a violation of the Eighth Amendment prohibition against cruel and unusual punishment, the Pennsylvania Constitution’s prohibition against cruel punishments, evolving standards of decency and international law. It further challenged solitary confinement and the fact that death-row prisoners are illegally kept in solitary.

Mumia’s challenge to a life-imprisonment sentence unified the fight of all those men and women who are fighting state torture, the death sentence, the “slow death row” of life imprisonment, and the debilitating and degrading conditions of incarceration. Having been defeated and denied a “legal lynching,” the state wants Mumia to rot away in prison. Our fight continues to be freedom for Mumia, as part of the fight for liberation of all humankind.