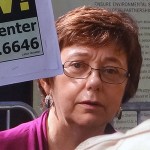 The Pakistan USA Freedom Forum and its allies rallied for three hours at 47th Street and First Avenue across from the United Nations General Assembly, which has brought many government leaders from around the world to New York City from Sept. 18 to Oct. 1.

The Sept. 25 gathering aimed its protest at the United States’ use of drones, that is, pilotless airplanes, to carry out assassinations of U.S. opponents in Pakistan, Afghanistan, Yemen, Somalia and other countries and whose rocket attacks also kill many civilians, including children. 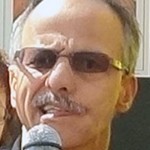 The demonstrators also called for an end to the attacks on Iran’s sovereignty and protested “the hypocritical use of the International Atomic Energy Agency or other agencies to selectively target countries for political, economic or military attacks.” (P-USFF email).

Speakers from Women Against Military Madness, Workers World Party, SI Solidarity with Iran, the International Action Center and others took the microphone during the rally.