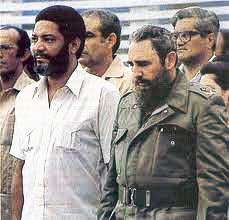 The Summer Olympics, since 1960, has provided a global forum for a whole host of important social issues and struggles. The great Muhammad Ali, at the age of 18, threw his boxing gold medal into a river near his home of Louisville, Ky., to protest U.S. racism in the aftermath of the 1960 Rome Olympics.

Only 10 days before the 1968 Olympics opened in Mexico City, a student-led protest against government repression at the city’s Plaza de las Tres Culturas was attacked by government forces, resulting in the Tlatelolco Massacre, during which hundreds of unarmed civilians were killed.

At the same games, African-American gold and bronze medal winners, Tommie Smith and John Carlos, raised their fists in defiance as the U.S. national anthem was played during their medal ceremony. Their electrifying gesture was a clear statement of protest against racial discrimination in the U.S.

Following this heroic act, former International Olympic Committee President Avery Brundage banned Smith and Carlos from the games. This is the same Brundage who had defended the Nazi salute at the 1936 Olympic Games in Berlin.

At the 1972 Munich Olympics, Palestinians took Israeli athletes hostage to help bring world attention to the Palestinians’ plight as a dispossessed people, oppressed by the U.S.-backed Zionist state.

The Olympics have also been used as a reactionary platform to push forth a rewrite of history in the interests of imperialist domination. Anti-China bashing has been a common thread throughout the current games in London. The accusation that members of the U.S. Olympic Committee and the imperialist media have made most often against Chinese athletes is that they are doping, though no scientific evidence of any sort has been presented to back this charge. It’s the most blatant example, but there are others. 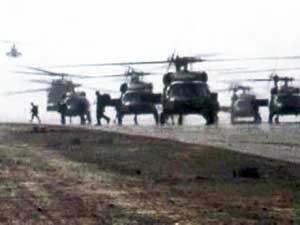 On Aug. 6, Kirani James made history when he won the 400 meter track and field race, becoming the first runner to win a medal for the small island nation of Grenada. NBC exploited this glorious moment as a pretext to spread the lie that the U.S. had “liberated” the once-British colonial possession from a “Communist” invasion. There was no such invasion, only some Cuban construction workers helping to build an airport there in 1983.

From 1979 until 1983, Grenada was governed by Prime Minister Maurice Bishop, a leader of the anti-imperialist New Jewel Movement, which established fraternal ties with socialist Cuba. Under this movement, Grenada’s impoverished masses, including women, were making important social gains.

The New Jewel Movement was inspiring to Black and other oppressed peoples as well as workers and the left worldwide, including in the U.S. The charismatic Bishop, the movement’s main spokesperson, increased its reach. The Ronald Reagan administration began taking steps to counter the growing influence of the Grenadian revolution.

Tragically, a violent internal struggle developed within the New Jewel Movement, resulting in the executions of Bishop and other government officials on Oct. 19, 1983.

The crumbling of the New Jewel Movement gave a big opening for Reagan and the Pentagon to intervene militarily in Grenada on Oct. 25. Washington used two false, really absurd pretexts for sending 7,300 troops from the U.S. Army’s Rapid Deployment Force there for an invasion: that the new airport would become a “Soviet military base” and that the internal struggle in Grenada threatened the lives of U.S. students at a medical school there.

The Cubans at the airport were workers, not soldiers. But they were armed and revolutionary, and fought the invaders. At least 24 Cubans died alongside their Grenadian comrades defending the airport against the overwhelming Yankee invasion. U.S. forces also bombed civilian targets, including a psychiatric hospital.

Much of the world, through protest and other means, condemned the U.S. invasion as a gross violation of international law by the largest imperialist power against an island nation of 91,000 people with an area slightly less than the city of Detroit. This is the real truth that NBC refused to tell on Aug. 8.

In 2009, the same airport was inaugurated as the Maurice Bishop International Airport, exhibiting the Grenadian masses’ wish to preserve this revolutionary leader’s legacy over two decades later. Read more from the pages of WW at tinyurl.com/8ceq6x7.