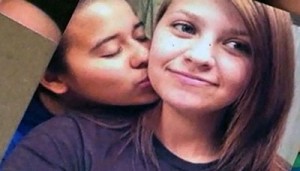 The winds of racism, sexism, bigotry, oppression and right-wing animus blow strong across the United States. Decades of struggles for justice, equality and liberation have occurred, some gains have been won, and consciousness on many social issues has changed for the better among the broad masses of working-class people.

Yet Black youth and other youth of color, such as Trayvon Martin, are still gunned down by racists and racist cops; immigrants are increasingly persecuted by vigilantes and police authorities at all levels; lesbian, gay, bisexual, transgender and queer people remain targets of bias and hate; women are still victims of violence and murder at high rates.

“The ruling ideas of each age have ever been the ideas of its ruling class,” wrote Karl Marx and Frederick Engels in the “Communist Manifesto” some 164 years ago. In the U.S. in 2012, those words still ring true.

The ruling class — or 1%, as the Occupy Wall Street movement aptly calls it — uses the “ideas” of racism and white supremacy, bigotry against LGBTQ people, male supremacy, sexism and misogyny, anti-immigrant bias and other hatreds in nonstop, countless ways in order to sow division and disunity among the 99%. They hope this keeps us at each other’s throats instead of uniting against the 1% to demand jobs, housing, education, health care, equality and respect for all.

So it was sad and shocking, but not totally shocking, to learn of the horrific, murderous attack that occurred in Portland, Texas, a suburb of Corpus Christi, on June 22. Mollie Judith Olgin, 19, and Mary Kristene Chapa, 18, were discovered early in the morning of June 23 on the ground in knee-high grass at a busy neighborhood park. Each had been shot in the head, execution-style, about nine hours earlier.

Olgin and Chapa were lesbians, teenage lovers and Latinas. Olgin was dead at the scene and Chapa was rushed to a hospital. Although she was in critical condition with serious injuries, Chapa is recovering. According to Chapa, their assailant was a white male in his twenties.

LGBTQ activist Wayne Besen, founder of Truth Wins Out, immediately traveled there. He wrote: “While in town I visited the Portland Police Department, where I was handed a generic statement that read, ‘There continues to be no evidence that the attack was motivated by the victims’ sexual orientation.’

“Of course, we all know this is absurd. Any time a gay couple [is] murdered without explanation, their sexual orientation has to be considered a top-tier motive. Even as the daily lives of LGBT people improve, the world is still filled with human ticking time bombs primed by preachers and politicians to hate.” (advocate.com, July 5)

Calls for justice on social media, fueled by grief and outrage, resulted in at least 20 vigils coast to coast in Olgin’s honor and for Chapa’s recovery, including in Portland, Corpus Christi, Dallas, Fort Worth and Austin, Texas; San Francisco; Seattle; Washington, D.C.; and New York City. “Remember Mollie! Remember Mary! We want justice!” was one of the chants that erupted in New York’s Union Square on July 1. (edgedallas.com, July 6)

As of July 15, Olgin’s killer walks free, and the police still refuse to investigate her murder as a hate crime, according to ABC News. Chapa, who is recovering from brain injuries, has provided police sketch artists with details of the white male, who, with a large-caliber firearm, forced her and Olgin to walk to a grassy area to be shot and left for dead. 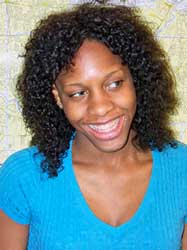 LGBTQ youth face homelessness, bullying, harassment, violence and death at the hands of haters and bigots at astronomical rates. Some are driven to suicide. And when someone dares to fight back — like CeCe McDonald, a young African-American transgender woman in Minneapolis — more often than not it is THEY who suffer the consequences, not their tormentors. McDonald was recently unjustly sentenced to more than three years in prison for defending herself against a violent, racist, anti-trans attack.

The ruling class’s ideas of hate and division keep the rich laughing all the way to the bank. They can get away with lowered wages for everybody and put blame for society’s ills on everyone but themselves. Is it any wonder that misguided, hateful individuals feel emboldened to carry out heinous acts?

The 1%’s system of capitalism and exploitation might come to an end if these ideas were challenged in a mass way, and the 99% united for a mighty struggle to overturn this rotten system, which is run for profit and not for people.

In the meantime, every act of solidarity and compassion by the 99% strengthens our movement and helps lead inexorably to the day when the ideas of the ruling class will be the ideas of the multinational, multigendered, multisexuality majority of working-class humanity.

Justice for Mollie Olgin and Mary Chapa! Free CeCe McDonald! An injury to one is an injury to all.